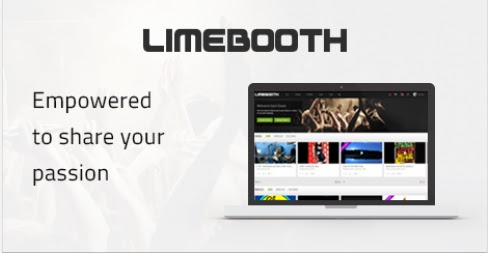 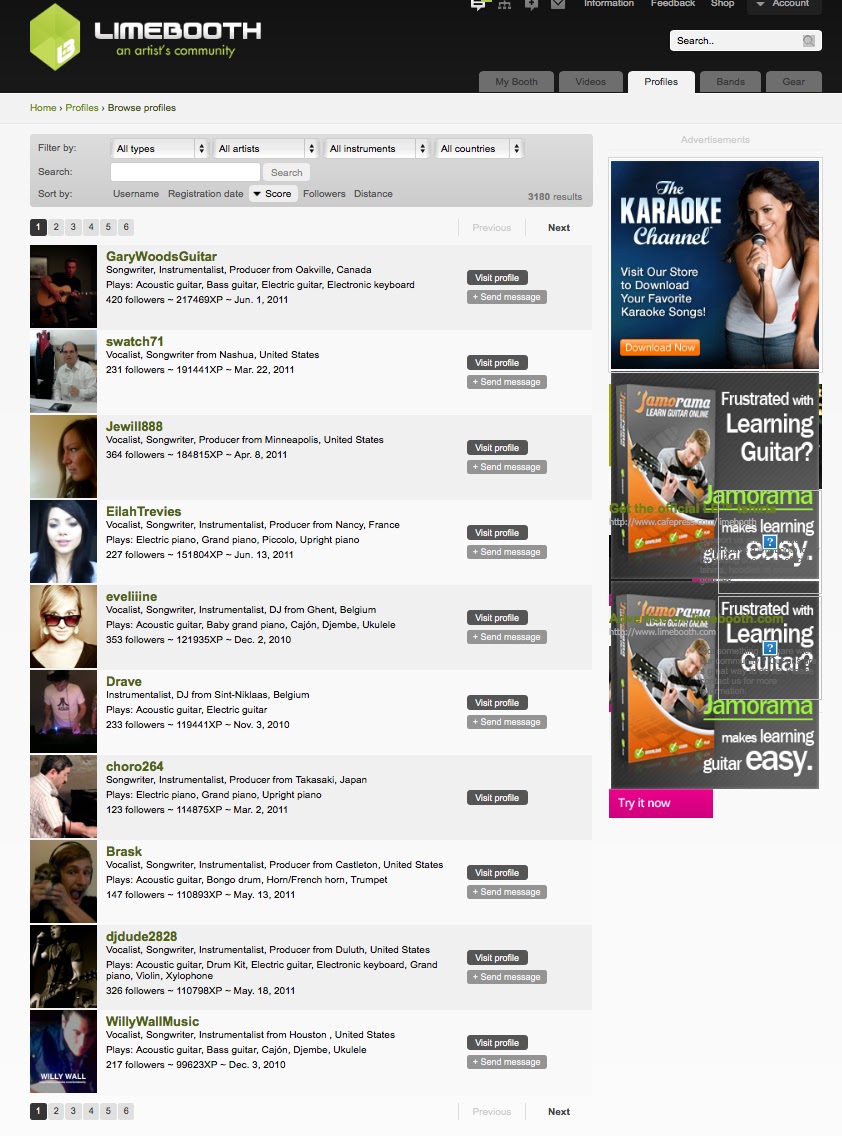 LIMEBOOTH closes it once before about 3 years and is achieving a recovery as Limebooth 2.0 from 2015.4.28 by a Belgian musical animation contribution site. I introduce LimeBooth including personal musical animation travel.
registration of new LIMEBOOTH 2.0 → https://limebooth.com/#

The Time for Music Movies as a communication Tool
While that I'm my company (in mixi) "This is fascinating!" when a live animation is carried in Mixi using a digital camera (those days Fujifilm Finepix F11) in February of 2007, I have a public response and I have fallen into musical animation.
Music goes off at the moment. And even if I ask a person besides myself, musical much is the one from RATA ME. It's important to close a gap of the subjectivity of this case and objectivity. The "animation medium" for a player seems indispensable by a point of record, live reflection and a feedback to oneself. Moreover I came to begin to think you advance one step, and how to express by an animation.
There is restriction of the total capacity only 1000 MB, and while contributing about 50 MB of animation, unfortunately a mixi animation has been the restriction capacity right now. Therefore I have moved to YouTube in September, 2007. A mixi animation has finished giving the service already in 2013. This is one of the reasons that I'm away from mixi.

A profit model is priority and Youtube doesn't welcome communication.
Now, a registration debut of Youtube which" has moved inevitably" is September of 2007 because a mixi animation was one serving. Since that, 447 animations of revival frequency 1,340,000 time channel number of registrations reaches 928 people up to now for contribution of a musical animation. (Current as of May 5, 2015)
But every time it's altered, Youtube is something difficult for us to use for a contributor of a musical animation. Display of sharing of an animation and a comment, indication of an icon and the button which can be chosen  Every time it's altered, a layout becomes difficult to use. There are sometimes also a lot of alterations which feel malice.
It's guessed, it's apparent that an important thing is "profit model through an animation" for " Youtube". An advertising advertising medium of a professional animation is most important, and the animation which has no advertisement isn't welcomed. "It isn't better" to have that I have advertisement, but it's the viewpoint where it "may be here".
But user which doesn't get in touch with the profit for Youtube isn't welcomed clearly. Every time I run after a year, non-ad insertion animation I'm thinking "I communicate using an animation." in particular is the tendency excluded plainly. The musical animation which is an amateur eventually, all carrying, impossible, it's being determined that it'll be. Like mixi.

History of Limebooth (1.0) and the feature
Limebooth is a Belgian musical animation contribution site, and Limebbooth 1.0 begins to register in November of 2010. My registration is March, 2011. As a name of "Artist`s community", an animation is contributed with various musical companies in the global back and it's done noisily. It was the site which says so. Even YouTube is so, but the overseas one is preferred to the country several times for a reaction to an animation. There is also a lot of writing in. To the extent Japanese even seems difficult to communicate.
An animation, warmly, there were a lot of animations and" the one which isn't in a professional musical animation" was felt. The quality of the technology and the recording recording was also important of course, but music was after there was something to want to inform what which isn't quality of recording recording even technology is.
The response of the secretariat to request was also good with the design which reaches the itchy place left for Use side.

Closing of limebooth and limebooth Community
But it's autumn of 2011 there was information on a server financial difficulty, and information on introduction of the sales of the goods, a pay member and a bill and other things jumbled, and Limebooth fell server not sufficient, and that it was closing. It was only 1 year from starting. A Limebooth refugee brought and was invited to several animation contribution sites in quantities. As user group where the one is unrelated to a secretariat of limebooth in Fandalism https://fandalism.com and Facebook Group, "Limebooth Community"  https://www.facebook.com/groups/LimeboothCommunity/
It's different from YouTube to meet here and there on the net and fascinating.
But is it the one which is how to contribute the one which stuck a picture on a source to an animation site?

The renaissance of Limebooth 2.0
An empty beta test was begun (around autumn in 2014) before half year on Facebook, and it was the rumor that I restore soon, but Limebooth 2.0 on April 28, 2015 was registration starting.
https://limebooth.com/#
Something to which I say that it isn't too different is honest impressions in the present place. Is it OK?  It's that not that to be different most uploads a principle animation directly for server load reduction, but YouTube in addition to correspondence was linked with the form stuck on in smart phone.  It's a super-excellent site as User side, but it seems also to need a commitment aggressively about operation of a profit model.
投稿者 weekend 時刻: 18:20

Music Activities and Schedules of a weekend amateur keyboard player